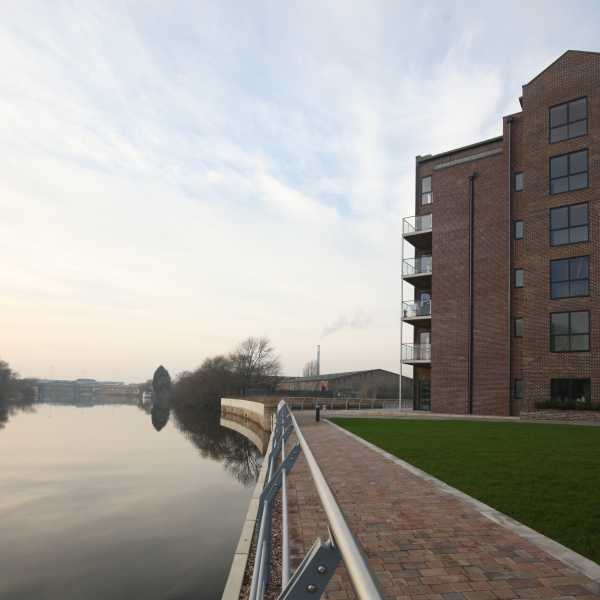 We were delighted with the spike in reservations and enquiries at Trent Basin from potential homebuyers during the first month of 2017, which is traditionally the most popular time of the year for home owners to start the house hunting process.

A successful show apartment event at Trent Basin on the last weekend of the month saw more than 100 potential home buyers visit the new neighbourhood for tours, to ask questions and to get a feel for what the community is all about. Feedback was glowing and we were pleased to secure four reservations on apartments and homes across the two days.

Visitors travelled from across the county to have a look around the new neighbourhood, which is making a name for itself with its green-energy credentials and state-of-the-art living spaces. Less than 40 per cent of the homes in phase one now remain, with both of the stunning duplexes at the top of the apartment block being snapped up before the end of January.

Chief executive of Blueprint Nick Ebbs, was on hand at the show apartment weekend to talk to visitors about the ethos and inspiration of the buildings and wider scheme.

He said: “We were thrilled to see so many people come along to Trent Basin for guided tours of our show apartment and show home.

“Interest in the community has been steady since we started to sell the properties last summer, particularly from those who are keen to maintain a sustainable lifestyle and move to a place which is completely geared towards reducing our society’s carbon footprint.

“Feedback from visitors was very positive – people of all ages were enchanted by the stunning river views which are the central focus of Trent Basin and we were pleased to hear such glowing praise for the furnishings and colour palettes chosen for the show apartment, concepts which were tied together by Laura Davies of Territory Interior Design to reflect the water views.”

Trent Basin is being marketed by local agents FHP Living and Royston and Lund. Both sets of agents were on hand at the weekend to show prospective buyers around the community.

Steve Parker of FHP Living said: “Following the open weekend, there are now just three apartments left for sale in phase one at Trent Basin. We’re encouraging anyone interested in the remaining homes in the apartment block to arrange a viewing sooner rather than later to avoid disappointment.”

Work on site for phase two of Trent Basin is expected to start in the summer, with Blueprint already taking expressions of interest from potential buyers in the next stage of the community.