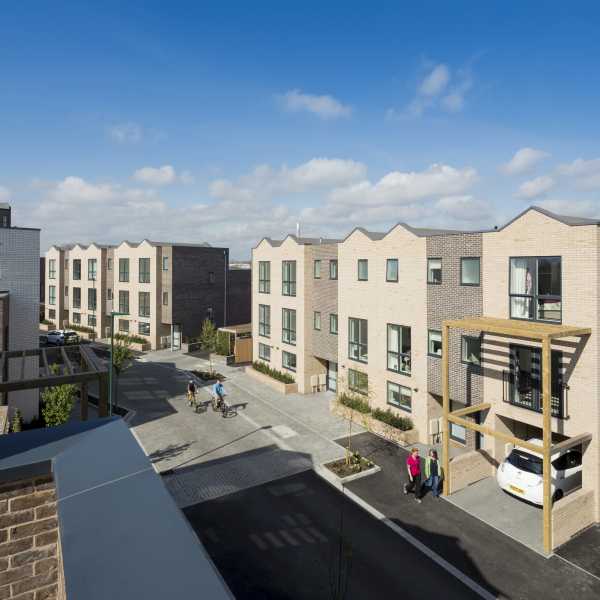 As we mark the start of Green Transport Week, Nick Ebbs, Chief Executive of Blueprint explores how lessons from our European neighbours are helping to shape sustainable transport models in the UK.

The need for transport to contribute effectively to sustainable development has long been established. Copenhagen, Hamburg and Vienna are among the European cities pioneering denser development with better public transport, excellent support for cycling and walking and a stronger focus on sustainability and low-carbon growth.

Britain has some way to go before we emulate cities like Copenhagen, where only 29% of the households even own a car and there are 454 kilometres of cycle track. Yet global concerns about climate change, and government measures to create cleaner, greener urban environments, are leading more of our policy makers, planners and developers to adopt new ways of thinking.

At our latest development, Trent Basin, located on the banks of the River Trent and just a couple of miles from Nottingham city centre, we have looked to design a new neighbourhood where residents can pursue a greener lifestyle. Environmentally-friendly transport is a key component of the overall proposition.

We are particularly lucky in Nottingham to have a City Council with a very forward-thinking approach to sustainable public transport. The tram network is renowned for its success and Nottingham City Transport is upgrading with brand new bio-gas double deck vehicles, which are the greenest buses on the road. At Trent Basin, we have benefitted from a recent multi-million pound investment by the City Council in an eco expressway. This expressway; that extends from Vale Road in Colwick to the City Centre via Daleside Road, provides new and improved bus and cycle facilities to encourage more people to travel sustainably.

I use the new cycle way regularly between Blueprint’s office in the Lace Market and Trent Basin. It is quicker to commute by bike rather than car, much healthier and better for the planet.

Within the Trent Basin scheme itself, we endeavour to prioritise pedestrians and cyclists over the car. We create streets rather than roads, places where children can also play, which are attractive and liveable.

In addition to being advocates of cycling, we are also looking to the revolution of electric cars. With fuel prices at a four year high, the falling cost of batteries and advances in technology significantly reducing charging times; more and more of us are turning to electric cars as the preferred mode of sustainable transport. Last year, sales of electric vehicles rose to 1.1 million, a 51 per cent increase on the previous year. With one in six new cars predicted to be electric by 2025, we are planning to introduce charging points in some of our homes with integral parking and communal car charging points elsewhere.

The transition to electric propulsion is being helped by the Office for Low Emissions Vehicles, who are offering a 75% grant through their Electric Homecharge Scheme (EVHS) for homeowners at Trent Basin to install their own charging points. For those who do not have off street parking we are working with Nottingham City Council to provide communal charging infrastructure. In time, our ground-breaking community energy scheme, which includes the largest community battery in Europe, will also be able to offer energy for recharging from resources generated on site.

Care sharing schemes are being investigated as the community at Trent Basin continues to grow. Homeowners can already benefit from an Enterprise car scheme which offers one year’s free membership plus a 10 per cent discount on all car rental for that year. The scheme offers a flexible and attractive alternative to owning a car, as statistics show that the majority of cars are only used 5% of the time and are sat in car parks or on driveways for the remaining 95%.

Our recent annual company trip was to the district of Vauban on the outskirts of Freiburg in Germany – one of the world’s most sustainable housing districts. They have made some tremendous advances here over the last twenty years. The district is very well supported by the tram network and there are extensive cycle and pedestrian routes. Many homeowners do not have cars. Bikes and especially electric bikes are everywhere. One in five bikes sold last year in Germany was an e-bike and the country spends roughly 10% of its transport budget on cycling infrastructure compared to a share in the UK of only 1%.

At Blueprint, our vision is for Trent Basin to be an exemplar for sustainable living within Nottingham’s exciting new neighbourhood at Nottingham Waterside. A sustainable new place close to the City Centre with long frontage to the River Trent and framed by Colwick Park in the ease and Victoria Embankment to the west. Whilst we may not be able to immediately replicate Vauban’s model in the UK, there are a great number of learnings and ideas that we can incorporate into both this, and future developments. Reducing our carbon footprint by using alternative forms of transport, where and when we can, is an important part of creating sustainable communities, and is a vital responsibility which should be taken seriously by our generation, to benefit those to come.