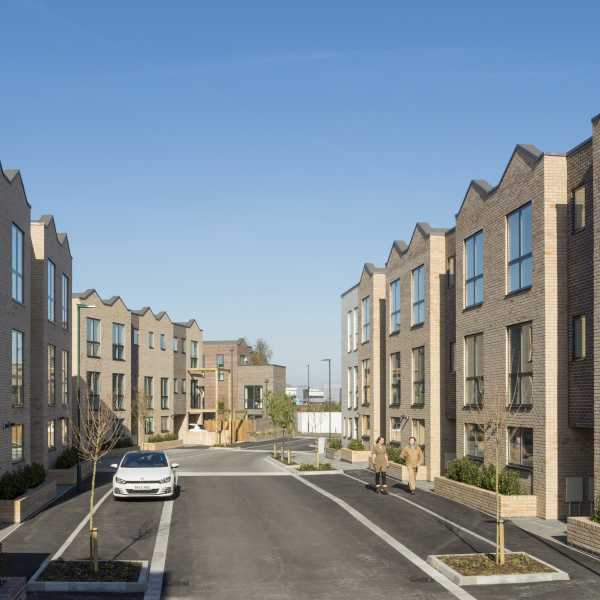 Nottingham-based property developer Blueprint is celebrating after taking home the prestigious Developer of the Year Award at the East Midlands Property Dinner 2017.

Headquartered in the city’s Creative Quarter on St Mary’s Gate, Blueprint was recognised last night (7th September 2017) for its contribution and visual impact across the East Midlands at the Insider awards which were held at the Nottingham Belfry Hotel.

Blueprint’s entry celebrated the work of the developer which specialises in creating sustainable homes and workspaces, including its stand out project Trent Basin – a new sustainable community on the banks of the River Trent which marks the first phase of regeneration for Nottingham Waterside, a 250-acre site just over a mile from the city centre.

When completed, the five phases will see 500 sustainable and low energy homes built. Trent Basin is also set to become the home to a pioneering community energy project (Project SCENe), which will see solar photovoltaic panels, as well as other renewable technologies, installed across the entire development which will feed into the largest community energy battery in Europe.

Nick Ebbs, Chief Executive at Blueprint, said: “Being crowned ‘Developer of the Year’ at Insider’s East Midlands Property dinner is a fantastic achievement for the whole Blueprint team. The last year has been a pivotal 12 months for us as we introduced innovative renewable energy technology at Trent Basin as well as selling nearly all the homes in Phase One. We are also starting to take interest for Phase Two of our custom-build development in Sneinton, The Fruit Market.

“Our work across Nottingham and the East Midlands is dedicated to achieving sustainable, low-energy communities for people to live and thrive in. There was some strong competition in the category so we are delighted to have won and be recognised for the impact that our work is having in the East Midlands.”

Responsible for some of the most critically heralded property developments in the East Midlands, Blueprint has a track record of delivering low energy, design led development projects. The team was also shortlisted in two other categories at the awards – Regeneration and Restoration Project of the Year and Sustainable Development of the Year for its work at Trent Basin.

Nick was also nominated for the Lifetime Achievement Award for his 25 years of work in regeneration and development. As a huge advocate for sustainable development, Nick has overseen high profile projects such as No.1 Nottingham Science Park, Phoenix Square in Leicester and Green Street in the Meadows.

« Building Begins on the Next Phase of Waterfront Homes at Trent Basin
Battery Powered Britain: How Community Energy is Sparking Debate in the National News »